Let us sail together to the end of April and ride the waves from A to Z along the journey.

This is a collection of stories I am writing for ‘Blogging From A to Z Challenge in April 2014.’ Each post is of 55 words and I have attempted to create a complete story by bringing together all the posts, from A to Z. 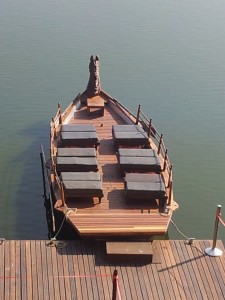 A memory from the past flashed briefly in the confines of Shiva’s heavy heart. The twinge of remorse he felt was cloaked with unconcealed longing. Sia had written to him and begged for his help, why had he walked away? The news in the papers next morning had confirmed his fears, she was no more.

Beside himself with grief, he had walked into the sea, uncaring of the rising water. The deserted beach had offered him the opportunity of unburdening his soul by plunging into the crashing waves. If only his sin was pardonable? The fishermen spotted him disappearing into the waters and rescued him. Was he saved or condemned?

Countless emotions clouded his heart and mind during that brief instant he was submerged in the waters. He heard her smile, saw her laughter, smelt her touch and touched her affectionate scent. She was with him in his watery grave while he had abandoned her on a bright and sunny day. She had loved him.

Death was a welcome relief to him after living a hollow and bereft life for these past many years. With the constant ticking of the watch reminding him of the endless lonely guilt-ridden days ahead of him, the unbearable emotions threatening to spill over at the slightest provocation. He had not given her a chance.

Eyes closed, Shiva drifted in and out of consciousness with Sia’s name on his lips like a chant. Just when she was within his arm’s reach, he was pulled back and his head was held out of the water by his rescuer. His lungs bursting with salt water and helplessness at his failure, he wept.

Frantic calls for help by the fisherman drew a huge crowd at the beach where Shiva was brought out of the sea. He was thankful for the water which camouflaged his tears; his anguish was mistaken for his reaction to the near-drowning. Maybe he was cursed to suffer throughout his life for abandoning his love.

Groaning with hurt and pain, he closed his eyes and reached his happy place where Sia was waiting for him. Shiva let the dreams take over from harsh reality and opened his arms wide, inviting her to run into them with abandon. Their embrace lasted an eternity; the kiss that followed drew his soul out.

Hand in hand they walked around on the small lawn on campus, bunking the boring economics lecture by Mr. Raman. Every time they reached the edge of the lawn, they retraced their steps but not before sneaking in a quick kiss. Shiva thanked the Universe for bringing him his Sia, his soul-mate and best friend.

I Love You, three words that encompass the world for those in love and Shiva and Sia were no exceptions. Contemplating their future together was a pleasurable but fraught with obstacles and danger. Didn’t her brother warn Shiva of the consequences if he ever dared to date her? But true  love is gullible and guileless.

Just before they said goodbye, Sia felt a shiver run down her spine on seeing her brother Dev standing near the college gate. She pulled Shiva back into the main building and begged him to hide from Dev. Shiva assured her he would handle the situation and walked out of her sight and her life.

Knowingly walking into the trap set by Sia’s brother, Dev, Shiva felt a little apprehensive but angry too. Why did Dev object to Sia going out with Shiva? They were in love and wanted to get married very soon. Dev glared at Shiva and put his hand into his pocket, he pulled out a knife.

Lunging towards him with the knife glinting in the sun, Sia’s brother aimed for Shiva’s heart. Shiva stepped aside and grabbed his hand, forcing him to drop the knife. Sia stood frozen with fear watching them fight; praying for both of them, her dilemma was heartbreaking. She stood to lose, irrespective of who eventually won.

Masking her fear, Sia ran towards the two important men in her life who were dueling for her honor. Her brother Dev, had a crazed look in his eyes, while her beloved Shiva’s gaze was warm and gentle like a winter’s midday sun. She was torn between sibling affection and unconditional love for her soulmate.

Never had Sia felt so torn in her affections – Shiva was her love and Dev her brother, it wasn’t easy to take sides. Hands folded she implored them to bury the hatchet and become friends, after all they were going to be related in a few months.  Dev rejected her entreaty, Shiva watched helplessly.

Overcome with guilt at having caused this rift between Dev and Shiva, a distraught Sia decides to slow things down with her and Shiva. Her brother hated Shiva and a truce between them wasn’t a possibility. Shiva observed her dilemma and his heart ached, he knew what he had to do to ease her suffering.

Putting her feelings first, Shiva decided to break all ties with Sia so that her family wouldn’t cause her more distress. It pained him to witness her anguish. Her loyalty towards her family and her love for Shiva were taking a toll on her conscience. He was willing to suffer for her peace of mind.

Quietly walking away, Shiva felt his heart crack. Sia was tying a handkerchief on Dev’s forehead while frantically trying to catch Shiva’s attention. Her helplessness undid his heartstrings, he had to help her. The siblings watched Shiva leave with mixed feelings; Dev with a triumphant smile while Sia’s bruised soul reflected in her stricken eyes.

Remembrance is a cruel companion; she doesn’t live with you but torments your heart with the thought of all those memories left behind. Sia hadn’t heard from Shiva ever since he had walked away after her brother had attacked him in college. Shiva had disappeared from her life without a trace. She missed him so much.

Sia visits Shiva’s house to demand answers but the pretty girl who opens the door and invites her in, confounds her. Her skimpy attire and familiarity with Shiva’s home adds to her confusion. The words that filter through her brain, during their conversation are – Shiva- marriage-date-next month-love affair.

Tears streaming down her face, Sia blindly runs onto the street, meanwhile Shiva comes home with Raj, his childhood friend. Rima lets them in with a puzzled look and narrates the strange girls visit and her dramatic exit.

“I hope she got the wrong idea about Rima and Me”, thought Shiva. “It’s better this way.”

Unsure of Shiva’s relationship with that skimpily clad girl, Sia held on to the many promises Shiva had made to her while proposing. She called him up but his phone was switched off, meanwhile Dev had invited his friend, Arun, and his parents to arrange Sia’s marriage with him and also an impromptu engagement party.

Veiled threats by Dev failed to deter Sia from her desire to contact Shiva and ignoring Arun and his family, she shoots off a mail to Shiva, marking it as Urgent. He deletes her mails hoping for her forgiveness. By setting her free, he imprisons himself in a lonely guilt-ridden prison of his own making.

When you put the happiness of those you love above yours, you are a true lover, and Shiva had gone ahead and done it. He had untangled his aching heart from hers and hoped the bruises showed up only on his soul. Sia would be so angry with him that she would forget to grieve.

X’Mas was his favorite day because he had met her on 25th Dec many years ago and this Christmas he was the unhappiest man alive without her to love and hold. The memory of their first dance and the subsequent first kiss stayed with him throughout the years, Sia had been his very own angel.

Yesterday he had seen her down the road a few feet ahead of him, with her brother and Arun, before he could duck inside a doorway; she had turned and looked directly at him. The hurt and anguish in her eyes had undone him but he’d walked away. She’d sent him a letter that night.

Zip code; she’d remembered, sent a letter for help, Shiva had ignored it. He’d killed her and deserved to die, water rushed into his lungs making him cough. A hand patted him on the back, speaking softly. He saw a smiling Sia, “wake up sleepy-head hubby, looked like you were drowning in your dream.”

I hope you enjoyed my first attempt at writing 26 mini stories in 55 words each, and compiling them into a complete story. I had a wonderful time creating this fictional tale and look forward to our continued association even after the challenge is over and done with. Thank you and have a great day…happy writing.