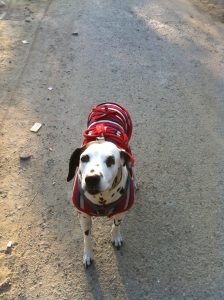 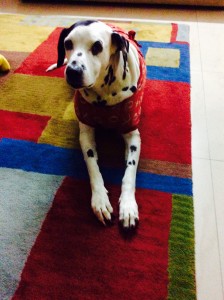 Golf is a precision club-and-ball sport, in which competing players (golfers), using many types of clubs, attempt to hit balls into each hole on a golf-course while employing the fewest number of strokes. The game is played on golf “courses,” each of which features a unique design, although courses typically consist of either nine or 18 holes.”

For all you professional golfers and recreational ones, the topic of my post must be puzzling, to say the least. A 19-hole Golf Course, you must be kidding me!!!

Why don’t I start from the beginning, I love playing golf and have participated in a competition too, long ago, when we used to live in Kochi, Kerala. I was there from 2003 to 2008, five wonderful years in the most beautiful place in India. I still miss the backwaters and boat rides, the greenery and the sense of peace and tranquility of Kochi; monsoons there are amazing.

“For me, the worst part of playing golf, by far, has always been hitting the ball.

Okay, getting back on track, we had an 18-hole golf course in, practically, our backyard! We used to go for walks around this course and, it was here, on one fine evening, while on our daily walk, we encountered a handsome young man, who smiled at us and exclaimed, “My, What a beauty!!” I was on cloud nine, and blushing a beetroot red, thanked him coyly. My husband gave me a pitying look and I could have sworn that there was an evil glint in his eyes. He acknowledged that handsome stranger’s comment with a ‘Thanks’, leaving me shocked. Had I been a man and had somebody passed such a remark at my wife, I would have been livid with rage and would have challenged him to a duel, instead of thanking him so politely. So, what was wrong with him?

My dilemma was solved the next minute, when the stranger said,” You must enter her in a dog show”. Oh no… I was so mortified that I wanted to dig a 19th hole on the golf course we were walking in, and bury myself there, like a gopher. My husband’s guffaw still echoes in that Golf Course and I swear, I can hear Sparky’s yelp of glee too. Too late had I remembered that we had had Sparky with us on that fateful day.

Who is Sparky, you ask? She is my darling seven year old Baby Dalmatian, the beauty that the ugly stranger was referring to. Sparky is an enigma, an angel, the darling of our home and my rival, in terms of the affections of my family members. She frantically tries to get the dresser drawer open and crawl into it, trembling with fear, upon hearing the fire-crackers bursting in our locality. She has an acute sense of hearing, like all dogs do, and though she behaves like a scared y cat at times, she is the most beautiful and gentle dog anybody can ever have. She is my baby and the darling baby of the house.

She looks so pretty, with a black patch on the right side of her face, covering one eye and making her look like the female version of Johnny Depp in Pirates of the Caribbean: Jack Sparrow’s Jill Sparrow.

People stop us on the way to the park and shower compliments on Sparky, “She is so pretty”, “You have a beautiful dog”, “She is a darling”, etc…etc.. You do get my drift, right? All this praise has gone to her head and I swear she prances about the house, almost mocking me. When she does, this quote comes to mind.

“Some dogs live for praise. They look at you as if to say “Don’t throw balls… just throw bouquets.”

And to top it all off, recently, my son said something so very damaging to my ego; his exact words were,” Mom, I just realized that I love Sparky the most in this house and my life would have been empty without her in it.”. I gave him my own lost puppy dog look and asked him; “don’t you love me the most?” He replied, “I love you mom, but I love her more.”