Dangling on the chain was…… 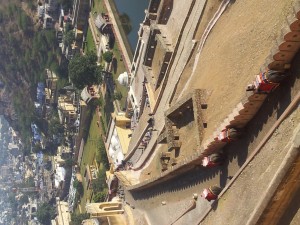 …a pair of dog tags with the name Samay Dutt inscribed on it, along with his date of birth, blood group, and regiment name. He had fought bravely in the war and not come back alive, only his lifeless body was brought back with full military honors. Rima ran her fingers over his name and felt his heartbeat under her fingertips, she had waited 2 years for him to come to her, but her wait had been endless.

She remembered how difficult it had been to get hold of his dog tags; his superiors had refused to give them to her and even passed a restraining order against her. Rima had been livid, she had loved Sam and had full right to his personal belongings, she had not wanted his money or other material things just his dog-tags which he used to keep close to his heart. A memory of her sneaking into Sam’s house flashed before her eyes, the knife glinting in her hand, the slash of the blade on his wife’s creamy neck, the plunging of the same knife into his daughter’s tiny heart.

Sam had been hers alone and his memories too belonged to her, she wasn’t willing to share him in death too. Rima knew it was a matter of time before the bodies were discovered and she was caught but she had no regrets, he was finally home with her. She slipped the dog-tags around her neck and smiled, her vacant eyes stared back at her from the mirror.