Calendar on the wall. 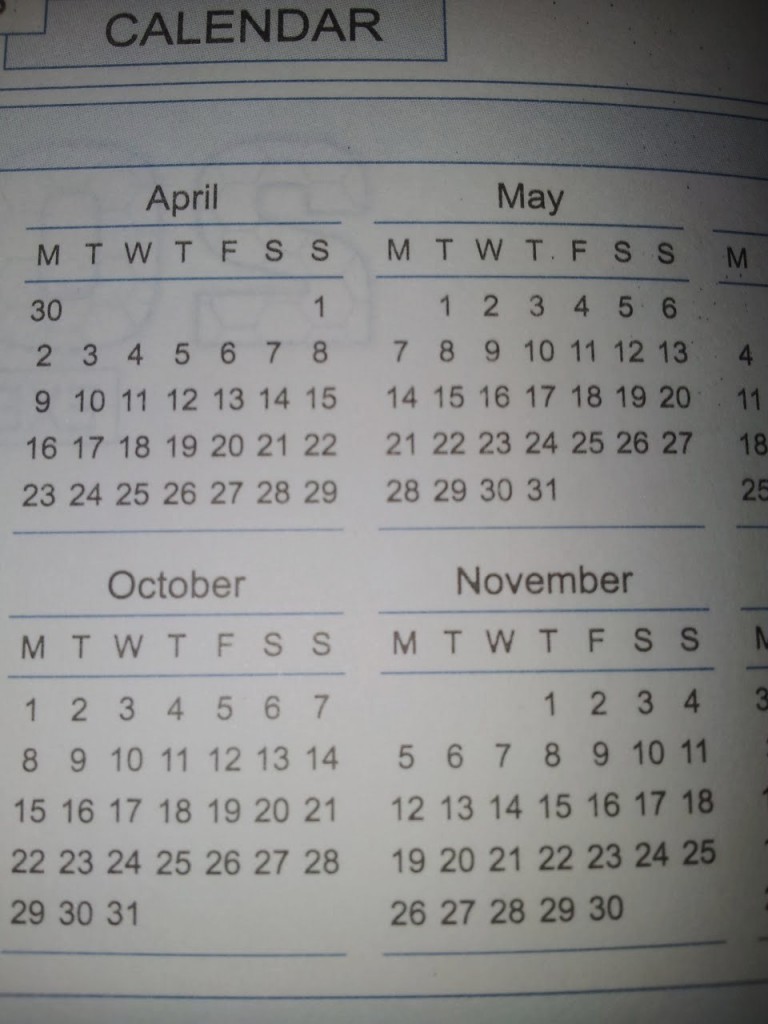 Sia glanced at the calendar hanging crookedly on the wall. The rusty nail  almost falling out of the crudely drilled hole in the wall of her study. It reminded her of her life and her tenacious but fragile hold on it, one nudge and she could plummet down. Yesterday a torn piece of paper had caught her attention and she had trembled with it, seeing it flutter in the wind had knocked the breath out of her body.

The slapping of the pages of the calendar brought her back to the present and she made a mental note of telling Mohan, her gardener to hammer the nail firmly in before it fell out taking her precious calendar with it. She lived because she could see the dates printed on it and the significance of those dates gave her courage to get out of bed every morning.

Today was 9th April, ‘His’ birthday and also her marriage anniversary. Her husband Tuhin’s birthday was on 15 December. In all these years, she has never been able to celebrate Tuhin’s birthday without feeling that old, familiar ache in her heart due to the fact that she had lost Shri on this very  day.

She had been born under conflicting stars and her life had been overcast with the shadow of gloom and despair from the  moment she had opened her eyes for the first time in this world. Her fate had been jinxed instantaneously.

Sia lifted a trembling hand to push an errant lock of hair out of her teary eyes, the heavy diamond ring on her finger caught the light and shone bright, blinding her momentarily. She had been bedazzled when Shri has walked into her line of vision 20 years ago and taken her heart hostage with his seductive smile and twinkling eyes.

Shri and Sia, the match made in heaven. That’s how her friends had always teased them, her denials had been just perfunctory. She and Shri had been inseparable, best friends and  true soul mates.

16 thoughts on “Calendar on the wall”