I came across an interesting creative writing prompt on Pinterest and decided to try my hand at it. Check out my WRITERS NOOK board at Pinterest.

The story starts with twenty words in the first line and ends with one word in the last line.

20.  Once upon a time there lived a little girl who believed in miracles. She had utmost faith in the universe.

19. Nothing could go wrong with the powers showering blessings on her and her family. She refused to believe otherwise.

18. No matter what the situation no matter how difficult it was, she remained unfazed. They had her back.

17. Some called her naive, some belittled her while others pretended to understand but sniggered behind her back.

16. Oblivious to the naysayers and disbelievers she carried on living life the way she envisioned it.

15. There are those who believe and those who question all. Some find the golden middle.

14. Life is anything but predictable, ask anyone. Every story has numerous twists and turns.

13. Long is the journey and many ups and downs one faces while navigating.

12. As the little girl entered her teenage years things began to change.

10. Reality clipped her wings of wishful thinking. She couldn’t fly.

9. It was heartbreaking to see dreams being stomped on.

8. What was once whole had completely broken down.

7. Why couldn’t the world let her be?

6. Who decides what’s right or wrong?

5. It should’ve been her choice 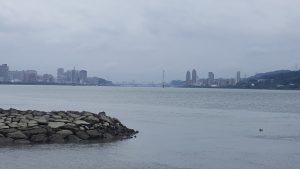