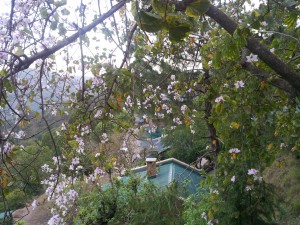 Shri took off his reading glasses and leaned back against the headrest of his easy chair while clutching the book to his chest. The girl in the story had conjured up Sia’s face on the pages of the book he had been reading. It has been so long since he last saw her or spoke with her; they had drifted apart ages ago.

Sia had been an enigma to him, bubbling with delight at nothing in particular one moment, teary eyed and heartbroken the next instant all without any rhyme or reason. She had been an artist’s delight, brimming with feelings and emotions, impulsive crazy even, affectionate to a fault and her unpardonable crime had been that she had hero-worshiped him since the time they had first met.

Her generosity of spirit had scared him at times and her unconditional love had often made him question her sanity and logical reasoning. It was humanely impossible to be this hopelessly devoted to another human being. People didn’t put others on such high pedestals anymore.

Total acceptance and unconditional love were unheard of and unseen notions in this cynical world. He had been no exception though Sia had wished and prayed that he be one. He had been a mere human, full of doubts, and flaws. There was no such thing as total and complete blind trust, and faith. Sia had to be insane to love with so much passion, abandon and delight! He was convinced she wasn’t all there up in her head.

He wouldn’t let her into the inner realms of his heart and refused to believe she loved him. Scoffed at her “I have always lived in you and you have taken over my mind and soul since the day we met”. Shri had shunned her, abandoned her and walked away into the sunset but today this story had brought back old forgotten memories of her love and made him see her for what she had really been, his – ‘The One”.

Shri turned over the book to see the name of the author and Sia’s picture stared right back at him, a forgiving smile on her serene face. Below it was mentioned that she had died very young nearly thirty years ago on the very same day he had broken her fragile heart.